The ceremony begins with the beike smudging the ceremonial space and all the ritual objects with tabonuko. The beike then does a tobacco ceremony. After that the beike leads the congregation in singing the songs of Ata Bey and Yoka Hu, and the song of the Four Directions.

That is all followed by the “CLEARING OF THE CONUCO”. In this part of the ceremony the man that has been selected to portray the role of “First Man” approaches the tree limb that is standing stuck in the soil. The tree limb represents the wild overgrown landscape of an unprepared, uncleared garden plot. First Man approaches the tree limb armed with a manaya (Taino ceremonial axe). First Man uses the ax to dig out the tree limb and then proceeds to clear the limb of all extra branches and twigs except the thick branch near the base.

The cleaned tree-limb is then placed in its spot on the blanket and the flap is folded over it, covering it from view and revealing the finished cloth-covered coa on the other side. This act represents the magic by which art is used to turn a raw wooden stick into a ceremonial tool. First man lifts up the coa, walks over to First Woman and hands it to her. First Woman uses the coa to open a hole in the soil by stepping down on the foot-rest of the digging stick and driving it into the ground. The Food Mothers then step foward to the open hole and each one in turn drops a bit of the food in her basket into the hole.

First woman uses her hands to cover the foods and then hands the coa to the beike. The beike pulls the long pointed stick out of the coa’s cloth sleeve leaving it limp and flexible. The beike then curls the cloth sleeve unto itself creating a hoop. The beike ties the ends together using the loose cloth flap at the end of the sleeve, wrapping this cloth flap around the foot-rest and tying it with the cords sewn unto its edges. 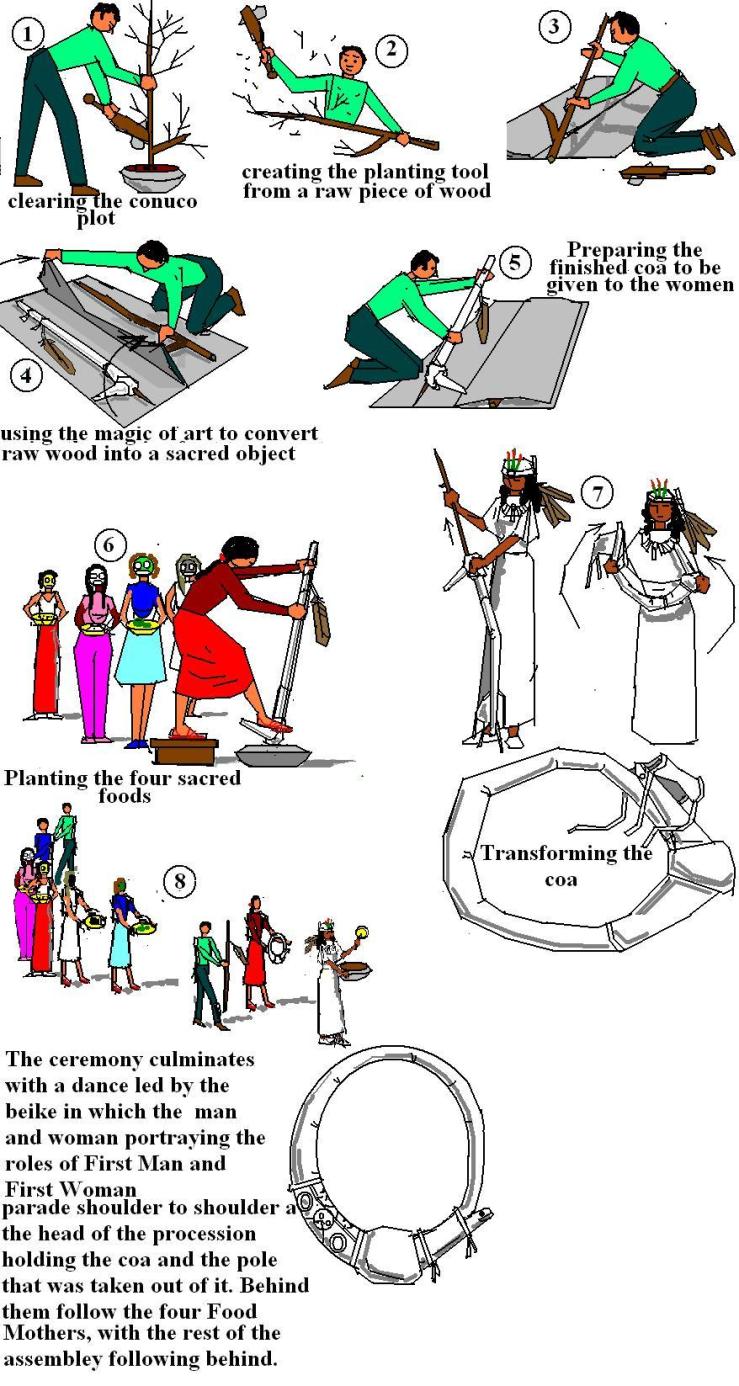